Written in 2007 the author establishes that war and libraries go hand in hand as the conquerer destroys libraries to erase the old thoughts and replace. From the stones to the internet he establishes ... Read full review

An excellent addition to the books discussing the lost libraries from a uniquely French point of view. Beyond the usual stories, the author goes on to consider the effect of digitization and other ... Read full review

Lucien X. Polastron is a historian specializing in Chinese and Arab studies and has written several books on calligraphy as well as a monumental study of paper, Le Papier: 2000 ans d'histoire [Paper: 2000 Years of History]. The destruction of the National Library in Sarajevo in 1992 was the catalyst for his systematic research into the destruction of libraries, a subject he had encountered many times over while working on his previous book about paper. The culmination of his extensive research, Livres en feu [Books on Fire] received the 2004 Société des Gens de Lettres Prize for Nonfiction/History. His most recent book is La Grand numérisation: Y a-t-il une pensée après le papier? [The Great Digitization: Is There Thought after Paper?]. He lives and works in Paris. 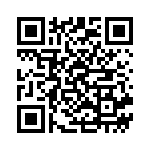